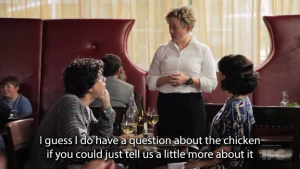 What if guns had an identification system, a profile of information attached to each gun?

When you go to buy a new gun you can see the details behind each one. This one is fresh form the factory. This one is resold from a previous owner, but still in good shape. This one has some suspicious activity in it’s history before being recovered by the police for resale.

You could see even more details than that, such as individual firing history. For this gun, the previous owner used it once a month on Saturdays in Minnesota, so maybe it was used for hunting. This gun was owned for seven years, but never fired. This one was owned by a family in Massachusetts, it was fired once, and promptly sold the next week.

This kind of identification would require recording a certain amount of information about the gun. It should record whenever the gun is bought, sold, lost, or stolen, where it’s stored and how it’s stored, and it’s complete firing history. The identification would also need to be a secure one, in order to prevent anyone from erasing or altering the firearm history.

What this would mean is a much greater free sharing of information with respect to guns. This can show new gun owners what each gun could be good for, what gun is right for them. More importantly, it can show new gun owners other’s past mistakes. One could see that this gun wasn’t stored properly, and you can see the unfortunate circumstances it led to. This would empower new gun owners to learn first hand about gun safety. They can learn the weight behind gun ownership, without having to go through tragedy themselves.