Based on other public health campaigns, I began to develop ideas for gun safety promotions. Some ideas I explored were:

-Comparing gun statistics to other events (this many die a year…as opposed to 9/11, war, etc,)

-Replace guns in pictures with something else (what else could soldiers be holding); replace everyday objects with guns (what if a baby held a gun instead of a bottle)

These early ideas were visualized and expanded upon in the sketches below. As I worked, I began to understand the challenges that I am facing in doing this project…

-How to portray controversial ideas in a way that makes people curious rather than offended?

-Maintain pro gun safety rather than anti-gun, or expose these subtle differences through the work

-Avoid playing into stereotypes (or use them to my advantage)

-How controversial/gruesome/shocking is appropriate? What are the limitations? 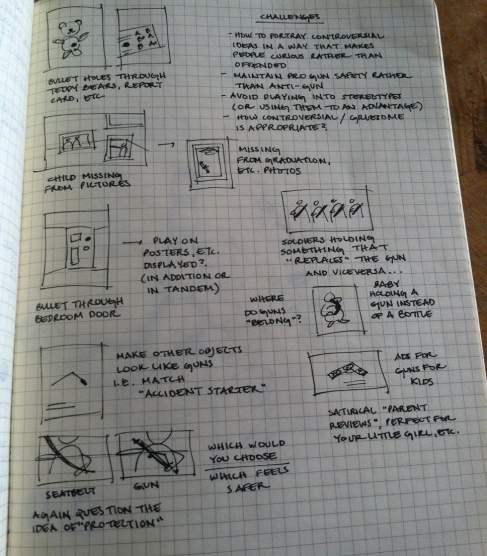 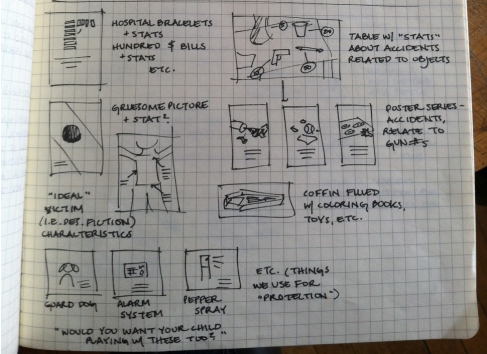